Home » Support » Trustees » Board of Trustees

The Adler Planetarium Board of Trustees is a diverse team of corporate, philanthropic, civic, and academic leaders who help the Adler fulfill its role as one of the world’s leading science education and space exploration institutions. As members of the museum’s governing body, Trustees set and oversee Adler plans and policies, serve as ambassadors to the larger community, secure support for programs, and are primary stewards of the Adler’s finances and museum collections.

A Message from the Board Chair, Linda P. Jojo and President & CEO, Michelle B. Larson

At the Adler, we are committed to nurturing exploration through fun, dynamic, hands-on science experiences. Through the centuries-old artifacts in our collections, frontier technologies in citizen science, and everything in between, the Adler is dedicated to #Science4Everyone: finding new ways to make science accessible to the public—regardless of age, interest, or abilities.

The Adler is more than a museum—it is a laboratory, a classroom, and a community. We believe in #AstroEverywhere—celebrating astronomy and space science within our museum walls and beyond. That’s why we are bringing Adler scientists to your neighborhood through programs like ‘Scopes in the City. This year, we planned over 20 observing events by partnering with Chicago libraries, schools, parks, and churches to bring the museum—and the universe—a little closer to home.

So, without further ado, #LetsDoScience! At the Adler, every day is a new opportunity to wonder about the universe, observe objects in our solar system, or discover something new about our planet. Adler sky shows like Destination Solar System and One World One Sky combine real images of space with approachable dialogue to send you on an interactive, immersive space adventure. And, our very own Doane Observatory is open daily. So what are you waiting for? Come join us in exploring space!

We hope to see you soon at America’s First Planetarium. 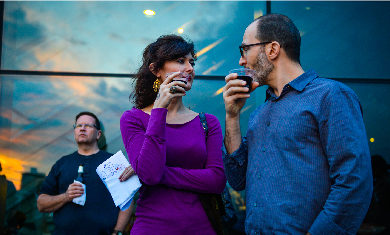 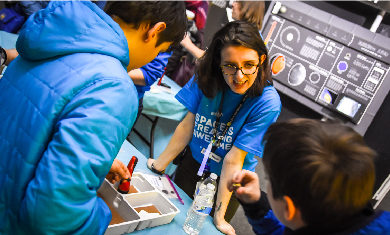 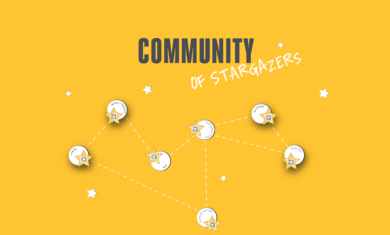