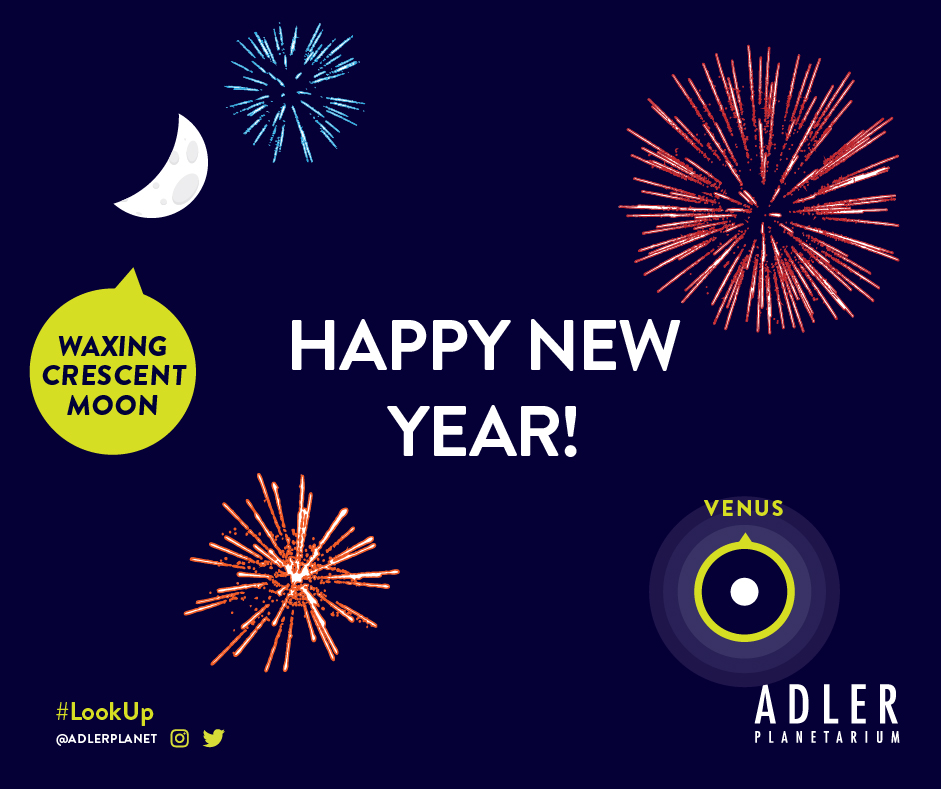 Happy New Year! Though you likely won’t be able to tell the difference, Earth is at its closest to the Sun for the year this month, January 2020.

Shortly after sunset this month, the brightest planet, Venus, is low but brilliant in the southwest sky. It shines at about minus-4 magnitude all month long. In comparison, the brightest star in the sky, Sirius, is not quite minus-1.5 in magnitude. This month Sirius rises in the east-southeast just as Venus is setting. The evenings of the 27th and 28th, Venus appears close to a very slim waxing crescent Moon.

The only other readily visible planetary action this month is at the start of morning twilight, when the planet Mars rises in the southeast. At about 1.5 magnitude, it’s nowhere near as bright as Venus is this month. The morning of the 20th, Mars appears near a slim waning crescent Moon. Interestingly, the Red Planet spends the month near the bright star Antares, in the constellation Scorpius. Antares means “Rival of Mars” – due to the star’s ruddy hue. This month Antares is indeed a rival, as it’s slightly brighter than Mars. Both the planet and star fade while still low in the south-southeast sky as dawn breaks.

The planets Mercury, Jupiter, and Saturn appear too close to the Sun this month to be readily visible.

The annual Quadrantid Meteor Shower occurs this month, peaking the night of the 3rd and the early morning darkness of the 4th. The Moon is just past First Quarter that night, which means it sets around midnight, providing darker skies. If you’re viewing under very dark, very clear skies, estimates range from 25 to 40 meteors per hour at its peak. Expect far fewer if you’re viewing near city lights. As always, the darker the sky, the better the viewing. No special equipment is needed to view meteors — just find a clear, dark, safe place; dress warmly; and look up. Late last month an annular solar eclipse took place in Earth’s Eastern Hemisphere. Solar eclipses and lunar eclipses tend to occur in pairs, roughly two weeks apart. So it is this month, with a penumbral lunar eclipse the evening of the 10th. During a penumbral lunar eclipse, the Moon darkens slightly – but not nearly to the extent that a total lunar eclipse, or even a partial lunar eclipse, darkens the Moon. Unfortunately, like last month’s solar eclipse, the Chicago area will miss out on this month’s lunar eclipse — which will be visible in parts of Europe, Africa, Asia, and Australia.