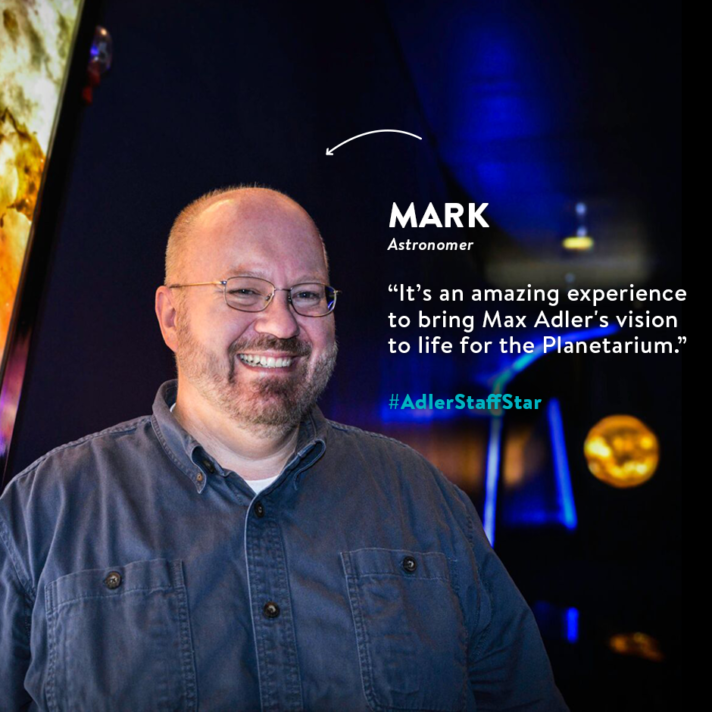 Mark H.
Astronomer
What do you enjoy most about working at the Adler?
I love sharing the excitement of my asteroid research with the public. There have even been times when we’ve observed asteroids through our telescope in New Mexico in front of a live public audience, and some visitors were the first ones to spot our target asteroids.
What’s your favorite exhibition or sky show at the Adler?
I love our meteorites! There aren’t too many subjects in astronomy that you can actually touch with your own hands. The meteorites all have such interesting stories behind them, too—especially our Park Forest meteorite that punched its way completely through a house, from roof to basement.What’s your fondest Adler memory?
A few years ago, the International Astronomical Union named an asteroid after me. Later on at an Adler event, astronaut Capt. James Lovell came up to me, congratulated ME for my asteroid, then started telling stories from his time aboard Apollo 8 as the spacecraft rounded the Moon. I almost had to pinch myself to see if this was really happening.
What does the Adler mission mean to you?
It is a amazing experience to bring to life Max Adler’s vision for the Planetarium: “To further the progress of science, to guide to an understanding of the majesty of the heavens, to emphasize that under the great celestial firmament there is order, interdependence and unity.”
What is the most memorable thing you have done during your time at the Adler?
I presented my asteroid research at a conference at the University of Khartoum in Sudan, and followed that up with an expedition to hunt for meteorites in the middle of the Nubian Desert. I found eight fragments of a unique type of meteorite on that trip.
Why, in your opinion, is space freaking awesome?
Studying space means that we study the universe and everything in it, including stuff right here on Earth. Everything is related to astronomy in some way: geology, biology, art and culture…everything is connected.
What is the most mind-boggling fact about space you know?
There are more stars in the Universe than all the grains of sand on all the world’s beaches, but there are more molecules in a single grain of sand than stars in the Universe.
What is one fun fact about you?
I was the first westerner to board a Russian Navy ship at sea. I was brought there on a helicopter in gale force winds by a pilot who had never landed on a ship before. I did this as a consultant for the first Russian commercial space launch in 1992, and I participated in the recovery of an uncrewed space capsule that splashed down in the North Pacific.
What do you like to do outside the Adler?
My favorite hobbies are rockhounding and fossil hunting. I’ve panned gold at Sutter’s Mill, found emeralds, rubies and sapphires in North Carolina, and excavated dinosaurs in Montana. 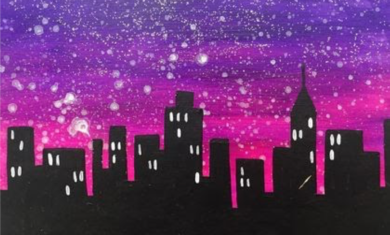 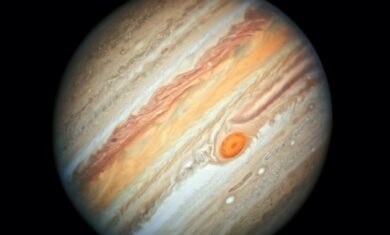 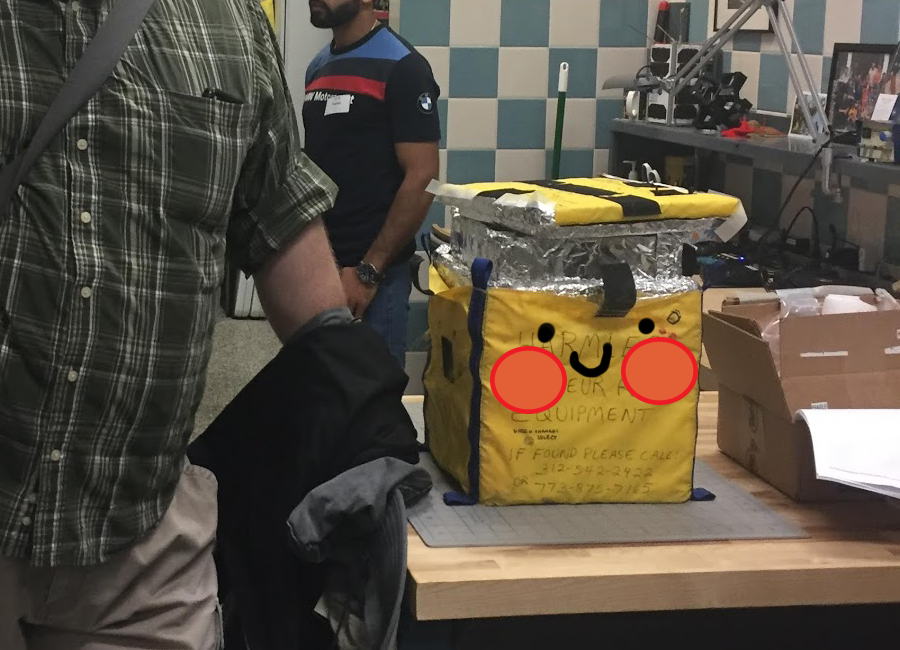 Webcomic: A Balloon’s Journey to the Edge of Space