Home » Blog »AstroFan: The Comet That Came From Afar

AstroFan: The Comet That Came From Afar 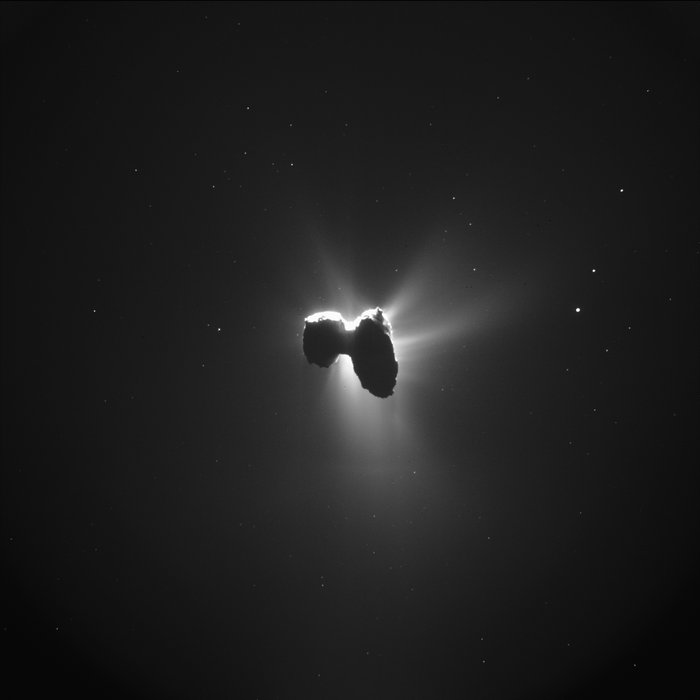 Header Image: While C/2019 Q4 (Borisov) is too far away for us to get detailed images, it probably looks something like this image taken on March 27, 2016, by the Rosetta spacecraft, 329 km from the nucleus of Comet 67P/Churyumov-Gerasimenko. The image measures 28.7 km across. Image Credit: ESA/Rosetta/NavCam

The Day the Adler Met an Interstellar Comet

On September 12, 2019, astronomers announced the detection of a brand new comet—a visitor from afar that had found itself within a detectable distance from Earth.

The following day, the Adler Planetarium was abuzz with excitement regarding our Solar System’s newest visitor.

You see, one of the perks of working at a planetarium that hosts a fully staffed astronomy department, is that you get to be among the first people to learn about breaking news from the world of space-science.

In my short time at the Adler (almost a year!), I have been lucky enough to witness FOUR breaking space-science news moments. It is during these moments of excitement that I truly cherish the fact that I work at such a cultural hub for some of the most cutting-edge ideas in astronomy.

Today’s AstroFan is going to focus on this latest discovery—an interstellar comet called C/2019 Q4 (Borisov). But first… let’s cover some of the basics about comets.

What Exactly is a Comet?

Comets are celestial objects that are composed primarily of ice, rock, and gas. There are four main components to a comet: a nucleus, a coma, dust tail, and ion tail.

The nucleus is made up of ice and rocky materials and can range from 10 to 100 km in diameter. The nucleus is surrounded by the coma, which is a cloud of gases that forms around the nucleus as it is heated. The gases are normally a mix of water vapor, ammonia, and carbon dioxide.

A comet’s dust tail is made of very small (one micron) dust particles that have evaporated from the nucleus. The ion tail is the part of the comet that is always facing away from the Sun, it forms when gas from the comet is ionized by solar radiation

1. The object is moving at a speed (93,000 mph to be exact!) much higher than the velocities of the types of objects that orbit the Sun. In fact, the velocity is so high that the Sun’s gravity isn’t strong enough to keep the comet from flying away!

2. Many of the objects in our Solar System orbit in the same flat plane, C/2019 Q4 (Borisov) is coming in at almost 45 degrees off of that plane.

Check out the awesome visualization below to see the orbit of C/2019 Q4 (Borisov) in action!

The comet will be close enough to Earth for scientists to make observations until October 2020, after that it will be too far to study.

Since C/2019 Q4 (Borisov) is from another solar system, it will give astronomers the chance to compare its composition to comets from our own Solar System to see if there are any major similarities and differences.

The really cool thing about comets is that they are essentially time capsules that act as a chemical record of the places they were made in. This means that astronomers will have a firsthand look into what other solar systems are composed of!

Did you know that some astronomers believe that comets are partially the reason why life on Earth began?

In recent years, comets have been found to contain amino acids like glycine, a key component to the building blocks of life.

Some also theorize that Earth’s oceans formed as a result of icy comets bombarding the Earth’s surface and delivering large quantities of water in the process.

Think about this for a second…

Our interstellar visitor, C/2019 Q4 (Borisov) could be on its way to another distant solar system, where a young Earth-like planet patiently waits for the ingredients of life to be delivered to it.

Wherever C/2019 Q4 (Borisov) ends up, scientists here on Earth will be eagerly observing the comet over the next year, before it goes back to being beyond our sight—forever.

A special thanks to Adler astronomer Dr. Geza Gyuk for providing information about C/2019 Q4 (Borisov)! 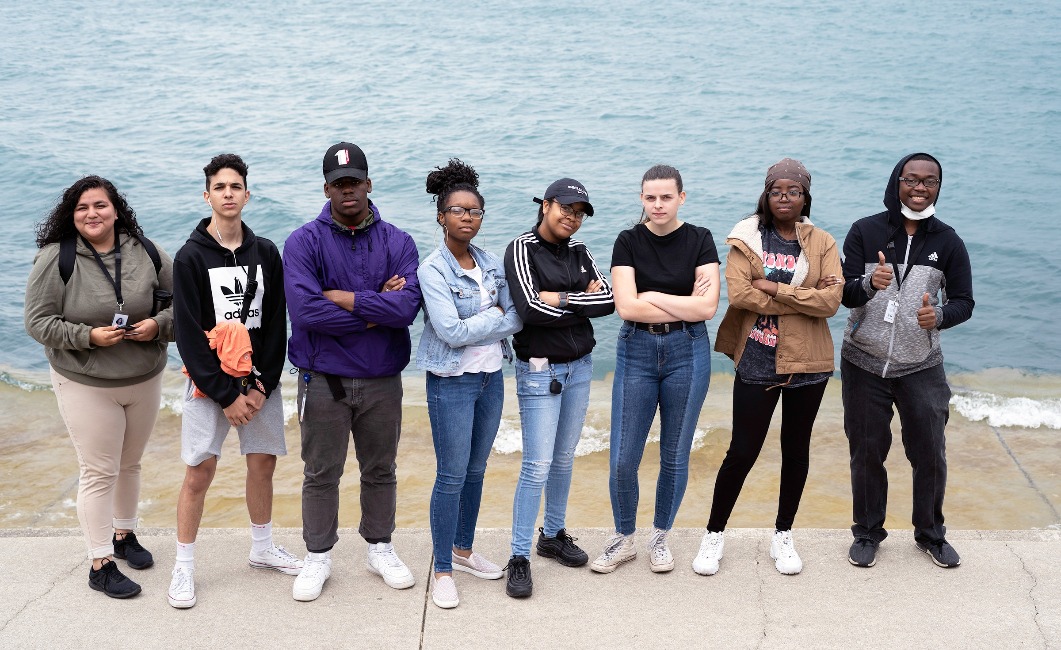 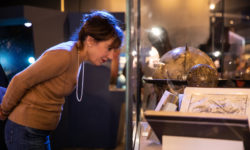