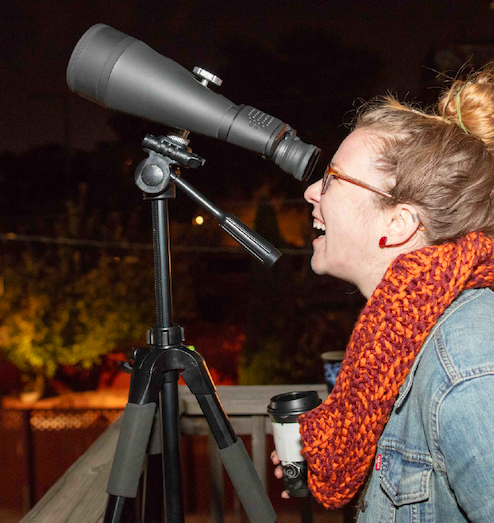 Header Image: An attendee looking through a telescope during a ‘Scopes In The City neighborhood event with the Adler Planetarium in 2018.

Hi there! I’m Michelle Nichols the Director of Public Observing and an astronomy educator at the Adler Planetarium. Are you a sky observing beginner and want some recommendations on how to get started? Try using a few good observing books during your next stargazing adventure! It may seem strange to recommend books as a resource when there is so much information available online, however, I have a few reasons for doing so.

First, a book will operate reliably absolutely anywhere. Some of the best sky observing locations are far from ideal in terms of cell coverage with spotty (or nonexistent) internet coverage. If you have a book with you, you are guaranteed to at least have a resource that doesn’t need to download or refresh. Low power levels, lack of cellular signal bars, lost battery chargers…a paper book is immune to all those issues!

Books are also generally longer, and go into much more detail than what is usually included in web pages or short paragraphs embedded in smartphone apps. Observing books allow you to take a deeper dive into a topic and give you the tools to see that topic from a different perspective.

So, you want to start learning how to look up at the night sky! What are the books that no beginning sky observer should be without? There are thousands to choose from, but I wanted to concentrate on the few books that most greatly influenced me.

You are thinking to yourself, “H.A. Rey… how do I know that name?” Perhaps you know Hans Augusto Rey and his wife Margret Rey through their famous character, Curious George! H.A. Rey became interested in astronomy as a young man, but he was frustrated with depictions of constellations…the usual drawings didn’t make a lot of sense and were hard for him to remember. Does this situation sound familiar to you? I think we’ve all had that reaction at some point when looking at constellation pictures. Several of them just don’t look like, well, anything! In response to this frustration, Mr. Rey came up with his own imaginative depictions of constellations, developing versions that at least looked more like what they were named for than what he saw others draw at the time. His book is wonderfully easy-to-digest, presenting constellations, stories, tips on how to sky-gaze, and beginner’s level content about stars and planets. I learned something very important from H.A. Rey: there is no single “right” way to draw constellations, and if you don’t like how a constellation appears, change it! To paraphrase H.A. Rey from Find the Constellations, “[Constellation] pictures are made by the Stars, and finding them is a wonderful game.”

Chet Raymo, 365 Starry Nights: An Introduction to Astronomy for Every Night of the Year

This was one of the first astronomy books I owned. 365 Starry Nights gives the reader something to look for in the sky and something to learn about for every night of the year. This book presents simple line drawings of parts of the sky highlighting a bright star, group of stars, or constellation for a night or a few nights in a row. What, no planets or Moon phases in this book? There is a good reason! The Moon and planets move from night to night, week to week, month to month, so a book featuring charts and tables on those topics will rapidly become out of date. By focusing on the things that can be found in the sky on the same night, year after year, the reader can take this book out for years in a row and keep practicing. There is always more to learn!

In 1992, I had a college summer job at U.S. Space Camp in Titusville, Florida, and one of my tasks was to present shows for the campers using an inflatable Starlab planetarium. Someone gave me a copy of Beyond the Blue Horizon to use as a resource to round out my planetarium show script. I still have my copy of this book! At first glance the book looks dense, but it is such an interesting read, presenting Sun-, Moon-, star- and planet-related legends, myths and lore from all over the world. Western-tuned texts often just concentrate on Greek or Roman myths with maybe with a few Native American connections every now and then. But there is so much more! Dr. Krupp’s book shows the breadth and depth of how we have, throughout time—and even today—looked to the sky for inspiration, questions, and answers.

Learn tips and tricks on how to observe our night sky through Sky Observers Hangout! In this bi-weekly series, our astronomy educators show you how to use everyday objects to observe our celestial neighbors (like the Moon, Mars or even sometimes comets), and help you enhance your nighttime sky astrophotography skills. In the October 26 episode, our astronomy educators also share with you their favorite observing books and resources, how binoculars can help you get familiar with the night sky, and walk you through how to pick a night sky app that is right for you.

Do you have a favorite sky observing book? Which books would you recommend to others to help them learn about looking up at our night sky? Let us know by sharing your recommendations with us when you tag @adlerplanet + #LookUp on Instagram, or Twitter. 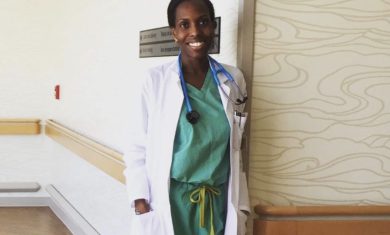 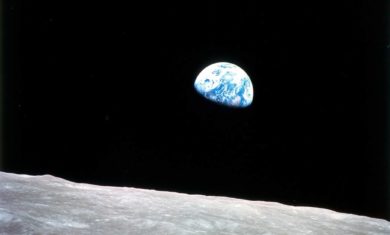 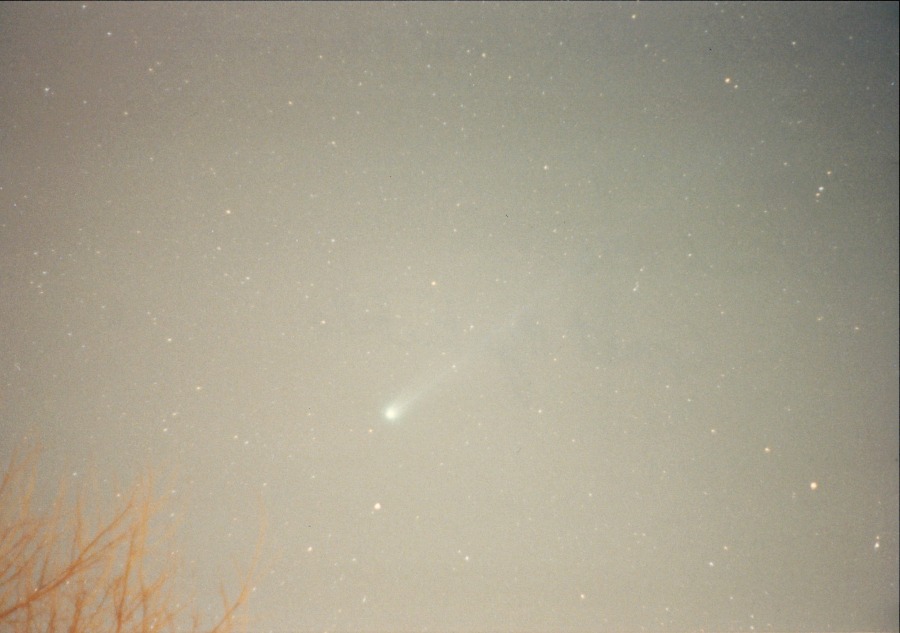