“The Cosmos in a Heartbeat”
Presented by Dr. Shane Larson

A human lifetime is more than a hundred million times shorter than the current age of the Universe. Whether you are a professional astronomer, or a casual backyard stargazer, you have only a few decades to drink it all in—to wonder how it works and how you got here.

The cosmos is full of strange happenings that we sometimes are lucky enough to witness because we happened to be paying attention to the stories the Universe is telling us. These tales are carried on bursts of light, showers of subatomic particles, and the faint whisperings of gravity, and every day that passes, we’re getting better at deciphering them.

In our lifetimes, we will only ever have a glimpse of the cosmos. But that glimpse is enough to transform our perceptions in dramatic ways and to answer the oldest questions we have about what the Universe is doing all around us.

Shane Larson is a research associate professor of physics at Northwestern University, where he is the Associate Director of CIERA (Center for Interdisciplinary Exploration and Research in Astrophysics). He works in the field of gravitational wave astrophysics, specializing in studies of compact stars, binaries, and the galaxy. He works in gravitational wave astronomy with both the ground-based LIGO project and the future space-based detector LISA.

Shane grew up in eastern Oregon and was an undergraduate at Oregon State University where he received his B.S. in Physics in 1991. He received a Ph.D. in theoretical physics (1999) from Montana State University. He is an award-winning teacher and a Fellow of the American Physical Society.

He currently lives in the Chicago suburbs with his wife, daughter, and cats. He contributes regularly to a public science blog at writescience.wordpress.com, and tweets with the handle @sciencejedi. 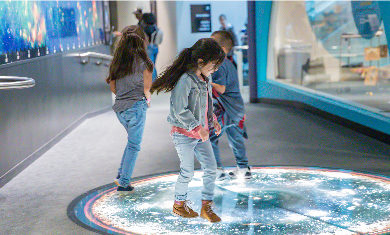