Wondering which of our sky shows you should catch on your visit to the Adler Planetarium? You’ve come to the right place!

Our award-winning sky shows are not to be missed. They inspire audiences of all ages to #LookUp in wonder. Imagine the Moon, search for a new ninth planet, take a fast-paced tour of the solar system, get to know the sky above Chicago, and fly through the stars at impossible speeds in one of our state-of-the-art theaters.

Shows are approximately 30 minutes and run according to a schedule. Certain shows play multiple times a day whereas others have just one showing or are only shown during extended hours. Check the calendar for the latest schedules.

Imagine the Moon – Playing in the Grainger Sky Theater

One World, One Sky: Big Bird’s Adventure – Playing in the Space Theater 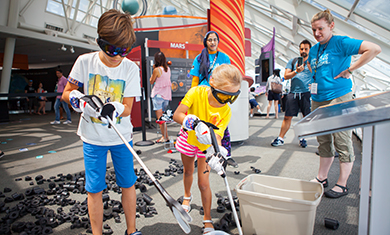 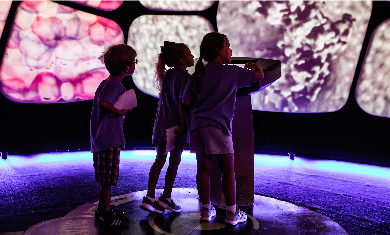 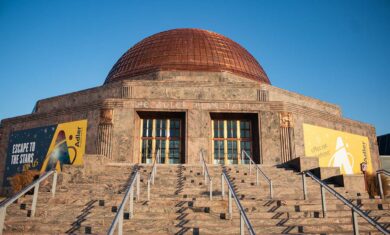