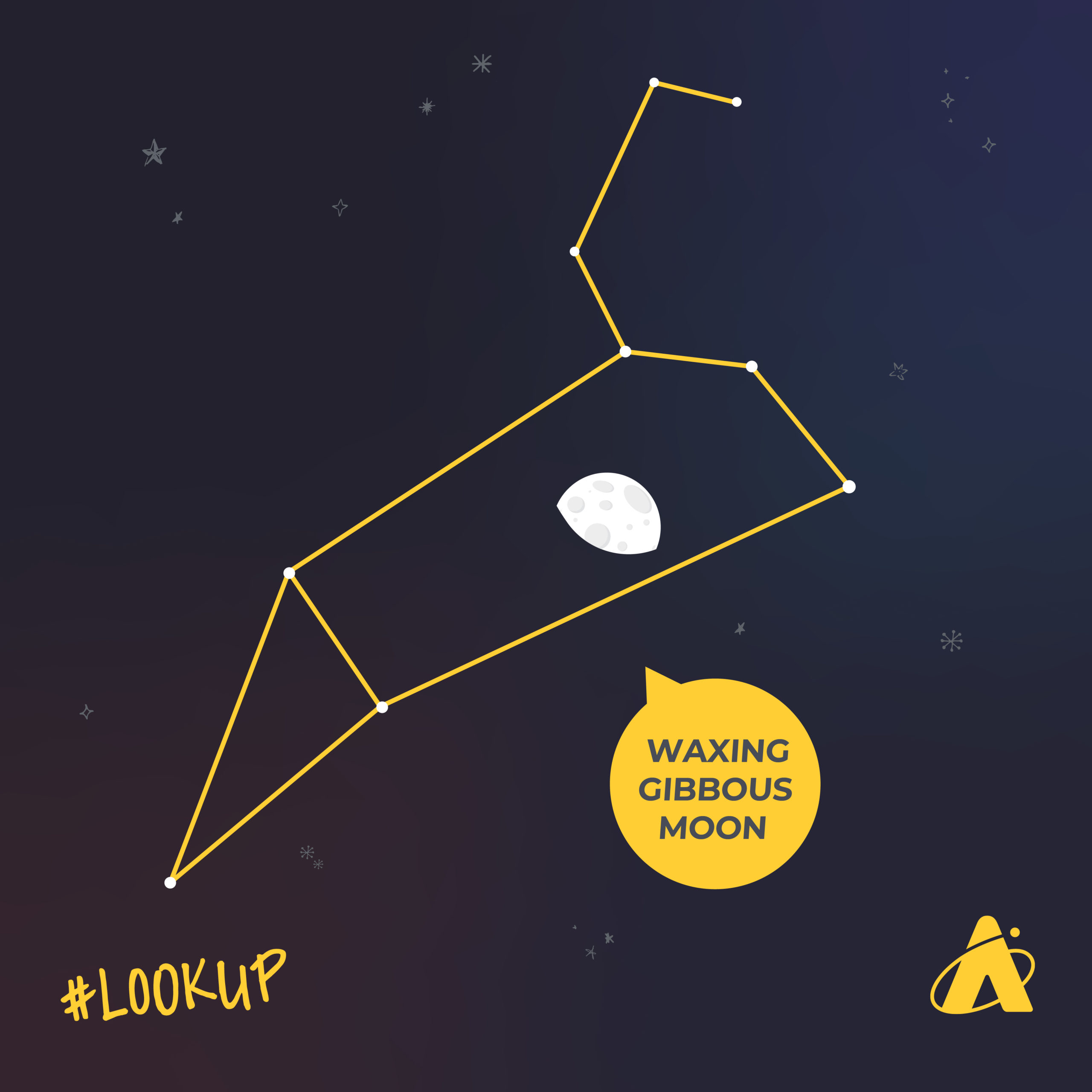 Happy April, stargazers! The closest supermoon of the year takes place this month, April 2020. Supermoon is a nickname that describes a Full Moon that occurs within 10% of its closest approach to Earth. Astronomers refer to supermoons as a perigean Full Moon. The April 7th Full Moon is just under 222,000 miles from Earth. If you watch the Full Moon from month to month, you may notice a slightly larger moon; however, those of us who don’t follow it as closely may not notice it.

Though a lot of attention has been on Full Moons, also keep in mind the date of this month’s New Moon on April 22nd. You won’t be able to see it because the dark-side of the Moon will be facing the Earth. April 22, 2020, is also the 50th anniversary of Earth Day, the annual worldwide celebration of the planet we all share. This year, the first Digital Earth Day is planned, a global digital mobilization to address the most urgent issues to people and the planet. Go to earthday.org for more information.

Just after sunset this month, the planet Venus is unmistakably bright and about halfway-up in the western sky. The evening of the 3rd, look for it in the midst of the Pleiades star cluster. On the evening of the 26th, a slim waxing crescent Moon appears to the left of Venus. Between the 1st and the 30th, Venus’s brightness increases night after night, peaking at just over -4.5 magnitude—its brightest of the year. Next month, Venus starts appearing lower and lower in the western sky.

During early morning twilight this month, the planets Jupiter, Saturn, and Mars are very low in the southeast sky. Jupiter is the brightest of the three, and it gets a little brighter every morning this month. Once you notice Jupiter, look a few degrees to its left and slightly downward to spot the planet Saturn. It’s not as bright as Jupiter but still brighter than the stars around it.

Unlike Jupiter and Saturn, which appear to remain about the same distance from each other in the sky this month, the planet Mars moves a little each morning compared to the two other planets, and to the stars behind them. The first few days of the month, Mars appears only a degree or two below Saturn. By the end of the month, Mars appears nearly 20 degrees to its left. In mid-month the waning Moon joins the trio of planets. The morning of the 14th, it’s a few degrees to the right of Jupiter. On the 15th the Moon sits just below Saturn, and on the 16th it’s just below Mars.