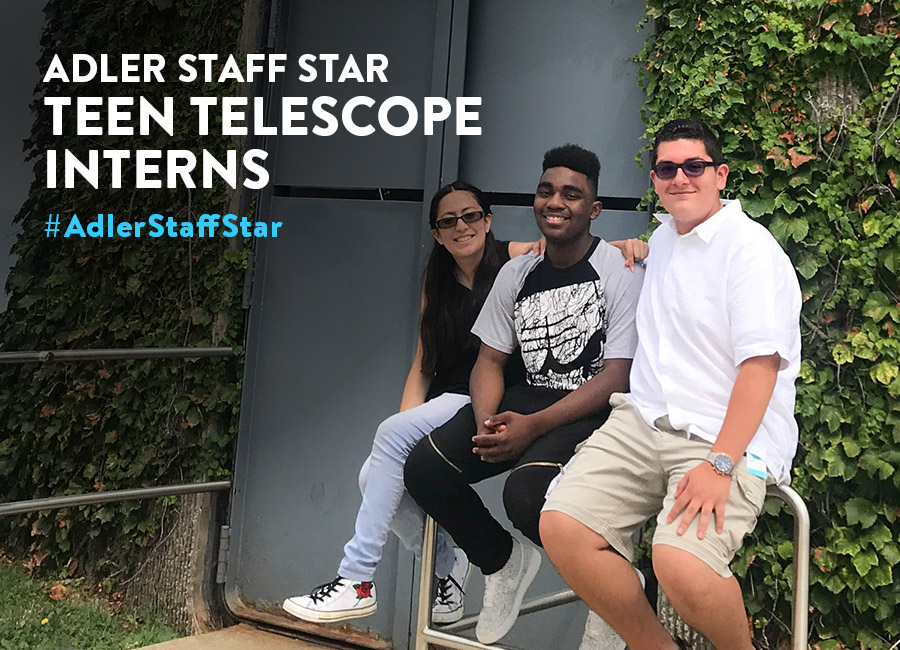 Adler Staff Star, Behind the Scenes

For this month’s Adler Staff Star we’re highlighting our Adler Teen Telescope Interns. Read on to learn more about their time here at the Adler!

What prompted you to want to be a Summer Teen Intern at the Adler?

“My natural curiosity in space and of all things involving science is what really led me to intern at the planetarium. I also thought it would be a great way to network with others who share similar interests.” – Andres

“I was looking for my first job and the internship had some very interesting things that I was interested in trying.” – Quincy

“I used to intern at a different museum, and I really was interested in museums in general, then I got became interested in the different jobs out there in the museums” – Stephany

“The coolest thing that I’ve learned while being an intern is how the Sun has an 11-year cycle. Learning about the different things that occur on the Sun was amazing as well.” – Andres

“The coolest thing I have learned here is how to make slime. I used to watch slime videos but I never knew how to make it, but now I do because of the Adler.” – Quincy

“The coolest things I learned here were how to plan an event and budget my money.” – Stephany

What’s your favorite exhibit, sky show, or experience at the Adler? Why?

“My favorite exhibit is the Mission Moon exhibit on the main floor. My favorite part of that exhibit is actually the Gemini 12 spacecraft.” – Andres

“My favorite exhibit is the Telescopes exhibit because you can look through the telescopes and then you can go and try to find out what you were looking at. It’s like a challenge to find what you saw.” – Quincy

“The Solar System gallery is my favorite exhibit because it gives you an idea about how far each planet is from the Sun.” – Stephany

Given the opportunity, would you go to Mars?

“If given the opportunity I would go to Mars. However, I would rather design the rockets and rovers that would go to Mars—since I want to be an aerospace engineer.” – Andres

“Yes, I would go to Mars because I’d want to be the first person to land on Mars!” – Quincy

“Yes because if you die on Mars you’d be famous and you would die a hero.” – Stephany

“I love to travel and want to travel the world!” – Andres

“I like crafting and making stuff in my spare time.” – Stephany 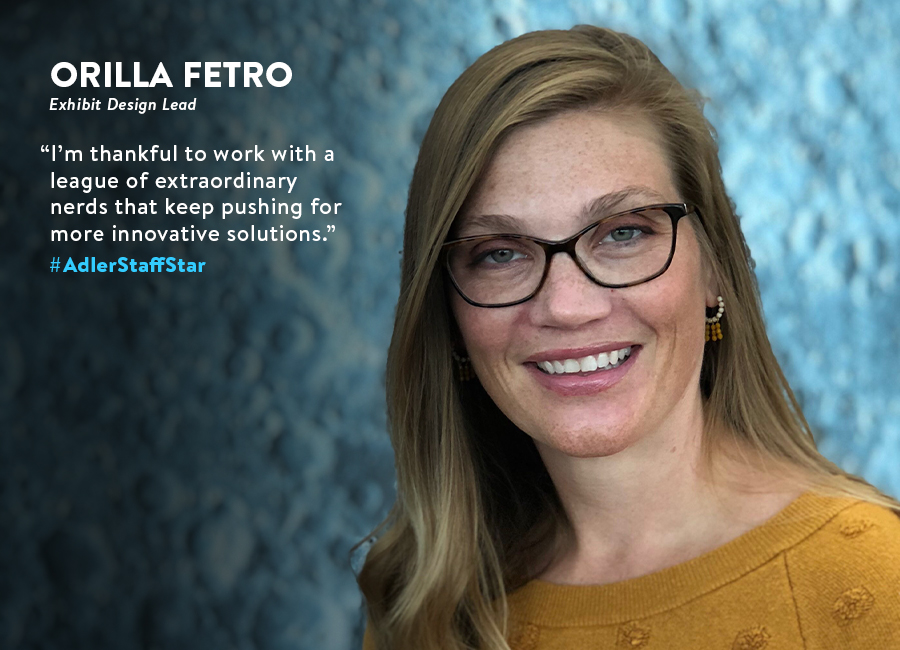 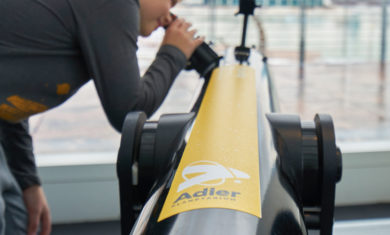 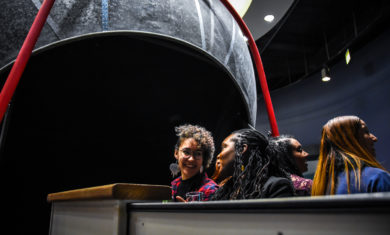