Nick has been at Adler for almost 15 years. He enjoys opera, skywatching, visiting museums and parks with his 2-year-old and 4-month-old daughters, traveling, photography, and run-commuting.

When Chicago icon SUE the T. rex had a new exhibit designed, our very own Nick Lake used his expertise and Adler’s technology to map what a Cretaceous sky might have looked like in SUE’s time. Don’t expect to see the Big Dipper – SUE’s night sky would look very different than ours today. How does one map a prehistoric sky? Read on!

How would the stars have looked to a T. rex walking around 66 million years ago? Last year, the Field Museum contacted Adler looking to collaborate on their new SUE exhibit, specifically including a section of the Cretaceous night sky in the video projections. But how to create such a sky?

In our Grainger and Definiti theaters, we run planetarium software called Digistar (developed by Evans & Sutherland). In day-to-day usage, it most often shows the sky as it will look tonight for our Skywatch Live show. It has the capability, though, to not only show the stars as they appear from anywhere on Earth, but to accurately map their locations and movements within the Milky Way galaxy, allowing us to show how they would have appeared in the past or future.

As stars orbit the Milky Way they move at different speeds and directions. Over shorter periods of time this isn’t noticeable to the naked eye; the night sky we see would look pretty familiar to ancient Egyptians. But over longer timescales the motion is much more apparent, so a night sky from even 100,000 years ago would be unrecognizable to us.

In these animations (created in Digistar) we are rewinding time 150,000 years. Even that relatively short period of time renders the Teapot in Sagittarius (a bright pattern to look for in the sky) and the Big Dipper unrecognizable. Going back that far is barely stepping into yesterday in geologic timescales; extrapolate that 400x further back in time and you can imagine how truly different the night sky would have looked in the late Cretaceous. To create that Cretaceous sky, why not just rewind even further?

The best current measurements of star positions and velocities have limitations, and small errors today become huge errors compounded over millions of years. Two stars passing each other, even at very large distances, will be affected by gravity and their velocities will be slightly altered. These small changes can add up to a tremendous amount of uncertainty in star position and motion over long periods. Over time periods longer than, say, 5 million years, the circular orbit of stars around the Milky Way Galaxy becomes significant, adding a third dimension to what had been a fairly linear problem. The Sun takes 230 million years to orbit the Milky Way, so in the last 66 millions years it has gone through roughly a quarter orbit. Adding all these effects together, with current data there is no way to know with high accuracy what the sky would have looked like for SUE.

We can, however, say with certainty that SUE would not have looked up and seen the Big Dipper or Orion. As long as I went back in time far enough that an avid stargazer couldn’t visit the exhibit and pick out a recognizable pattern of stars, I could call it a Cretaceous sky. At the same time, though, I wanted to maintain a sky with a realistic distribution of bright and dim stars.  I had a lot of fun playing with the time slider in our planetarium software looking for interesting patterns that emerged. The eventual starfield included an interesting clustering of fairly bright stars low on the horizon, which I was glad to see they maintained in the eventual animation. Slight clumping and clustering like that gives a lot of visual interest to the scene and allows guests to look more closely and see what else can be found.

“Looking up” at Adler doesn’t often involve a lone Triceratops lumbering out of the tree-line or a gigantic dragonfly hovering in front of one’s face, but having the sky and some occasional stars visible during those interactions at the Field adds an extra layer of immersion to an experience with SUE that is not to be missed.

Nick has been at Adler for almost 15 years. He enjoys opera, skywatching, visiting museums and parks with his 2-year-old and 4-month-old daughters, traveling, photography, and run-commuting. 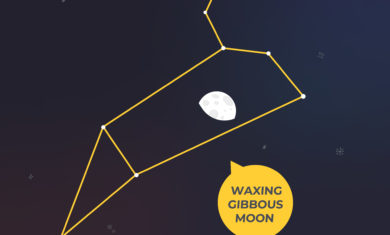 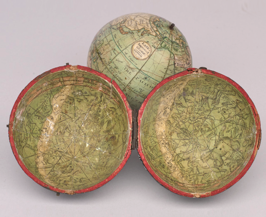 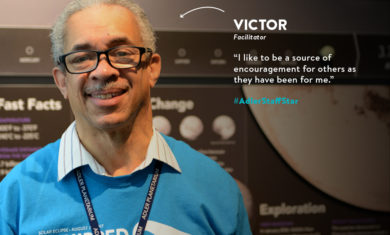