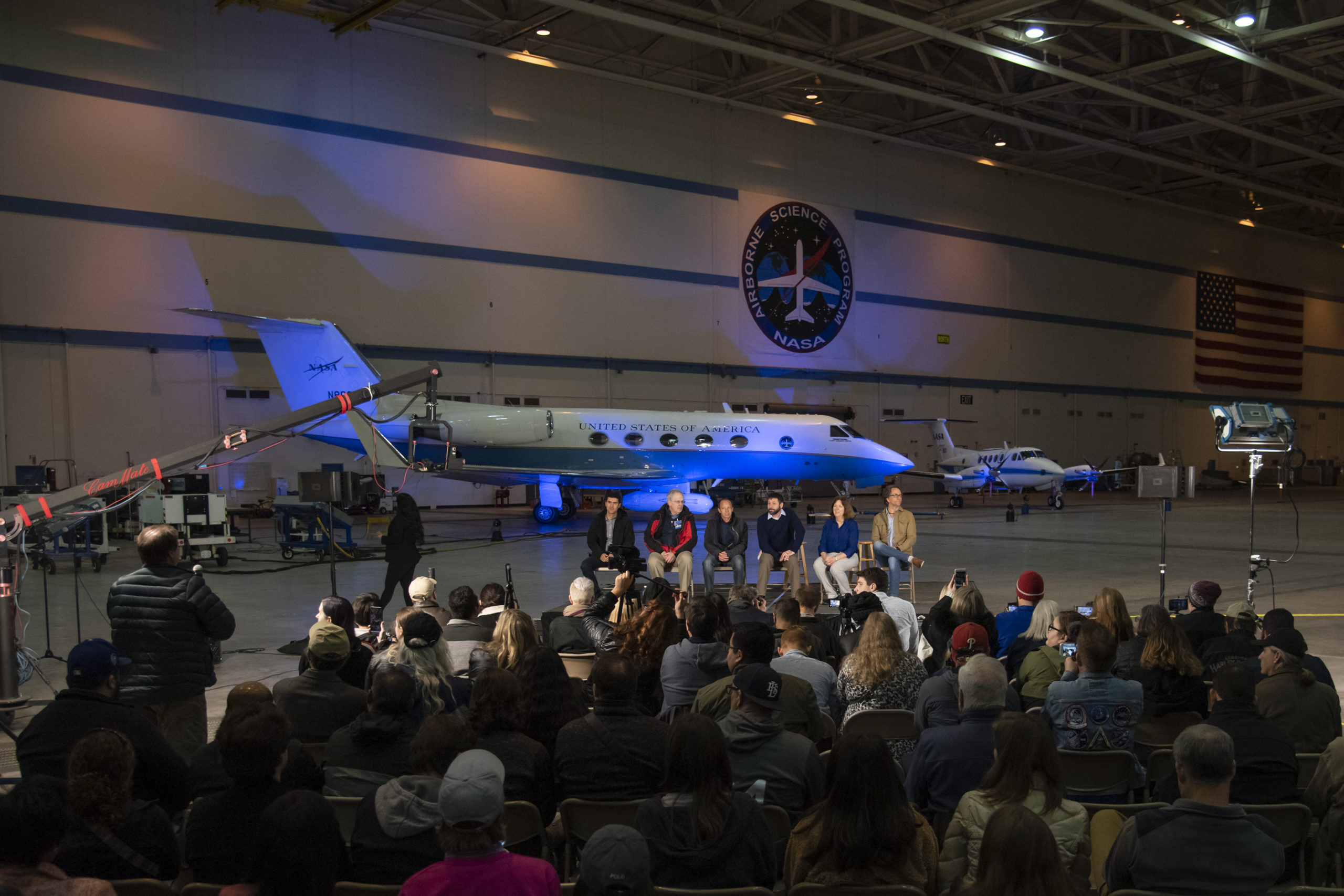 As my tour group entered the gigantic airplane hangar at the Armstrong Flight Research Center I was hit with a blast of chilly air. Even though it was a 60-degree day in California, I had just flown in from Chicago, so my winter jacket came in handy.

Earlier this year I had the opportunity to travel to a behind-the-scenes NASA event to learn about five new Earth science field campaigns launching throughout 2020. Since I’m incredibly passionate about Earth science, I naturally geeked out that I got to attend! Not only would I learn about these cool expeditions and the research these scientists would be conducting, but I would also get a first-hand look at some sweet planes NASA uses for research.

First up in our behind-the-scenes tour? NASA’s Livestream event. We listened to scientists, pilots, and researchers associated with each mission speak in-person about what they will be working on. There were several hands-on demonstrations that featured various aspects of each expedition, and after the livestream ended, we spoke directly with the scientists in a special Q&A. We learned that these field campaigns will run for multiple years, and any data gathered will be published within a year after collection. Now, let’s move on to the good part—are you ready to learn about the five new Earth science field campaigns?

IMPACT, which stands for The Investigation of Microphysics and Precipitation for Atlantic-Threatening Snowstorms, is studying snowstorms along the east coast. This expedition will use an ER-2 high-altitude aircraft—basically a flying research lab that is great at gathering environmental data—to help collect info that will improve storm measurements from space and forecasting the amount of snowfall. One thing that the lead scientist said that I found fascinating is that they will be studying individual snow crystals. How cool!

This campaign called Dynamics and Chemistry of the Summer Stratosphere, or DCOTSS, is taking the study of summer thunderstorms to new heights! Also using an ER-2 plane, this team will study storms in the stratosphere using 12 different instruments onboard the aircraft. Understanding data about atmospheric gases and pollutants potentially released into the stratosphere is important because it is home to our ozone layer. Only five pilots at NASA can fly the ER-2 plane and they have to wear a fully pressurized suit since they are flying at such high altitudes. My tour group got to watch this spacesuit fully inflate without a person inside. It filled up within a few minutes, and held its shape well. Pilots drink water out of a bottle that they can easily squeeze that sports a long, curved straw they insert into their suit, and they also eat food out of tubes that look like toothpaste tubes. 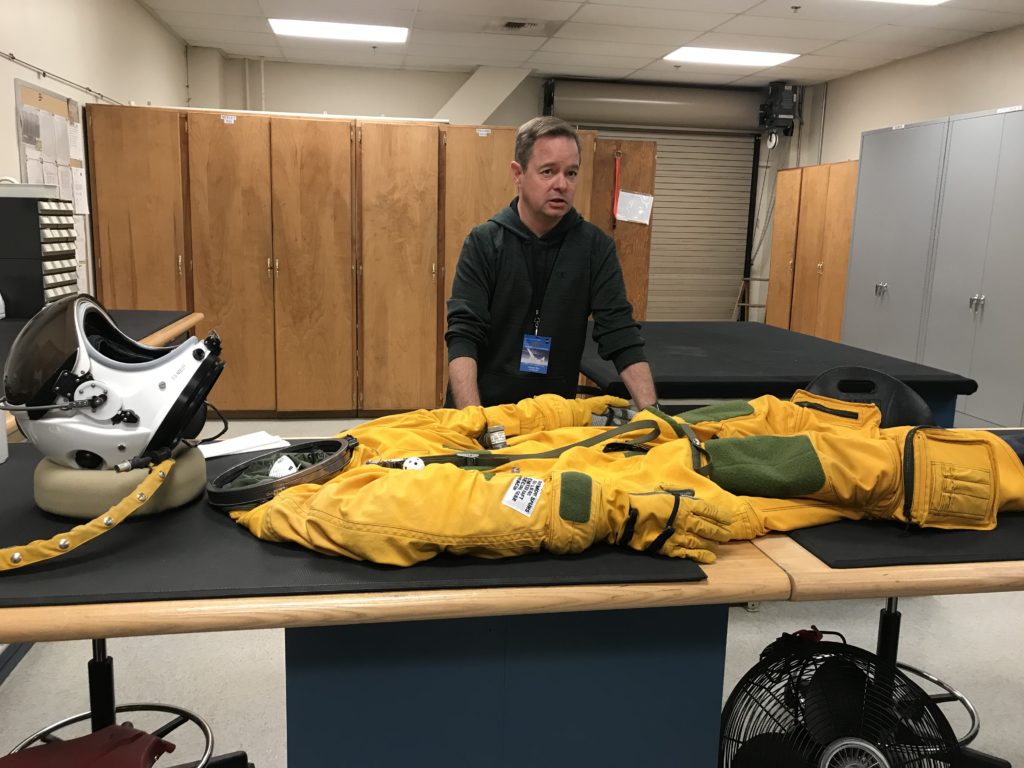 An eddy is a current of water that moves in a circular motion. S-MODE, which stands for Sub-Mesoscale Ocean Dynamic Experiment, will use three different aircrafts and wave gliders to measure currents, chlorophyll, and temperature in the Pacific Ocean to understand ocean-atmosphere heating. The wave gliders can measure up to 100 meters deep and are fully teched-out. They are powered by the waves and use solar energy to transmit data to researchers either on shore or on a boat.

ACTIVATE, which stands for Aerosol Cloud Meteorology Interactions Over the Western Atlantic Experiment, will fly two planes simultaneously over each other to gather about 12 hundred hours of flight research data. Their primary goal is to learn more about how clouds and aerosols affect climate change. They have special research instruments inside and outside the planes that can measure cloud cover, aerosols, water droplets and more. To gather 12 hundred hours of data, each flight will last about four hours where they will fly 500 – 5,000 feet in the air. One particularly interesting instrument, a dropsonde, is this tube with atmospheric sensors that they shoot out of the aircraft. It drops to Earth at a very high speed and then has a little parachute that opens up!

The Mississippi River Delta, which is the 7th largest river delta on the planet, has some areas that are disappearing. The project, DELTA-X, will gather data about water and sediment deposits to make more accurate models to show which parts of the delta might disappear next. There are three aircrafts that will fly along the coastline, two of which will leverage radar technology used to measure hydrology in the channels and marshes of the river delta.

My personal highlight of the trip and tour of the Armstrong Flight Research Center was exploring the inside of SOFIA. As the biggest plane in the hangar, SOFIA, which stands for Stratospheric Observatory for Infrared Astronomy, has a unique addition to it near the tail end of the plane. This plane had many computers for astronomical research, but the most impressive instrument onboard was a telescope. The telescope on SOFIA is used to see things in our universe that are just harder to see down on the ground. This flying observatory can soar high above the clouds, literally anywhere in the world, to see unique astronomical events and take infrared pictures. To take infrared pictures of space with this ‘scope, they created a retractable opening—almost like a huge garage door—that allows them to study space in the stratosphere.

April 22nd, 2020, is the 50th anniversary of Earth Day. These new Earth science field campaigns are going to greatly increase the knowledge we have of our little blue planet and help us better preserve and protect it for the future.

Learn more about all of NASA’s Earth Expeditions and follow them at @NASAExpeditions for updates. Currently, all NASA expeditions have been postponed during this unprecedented time. 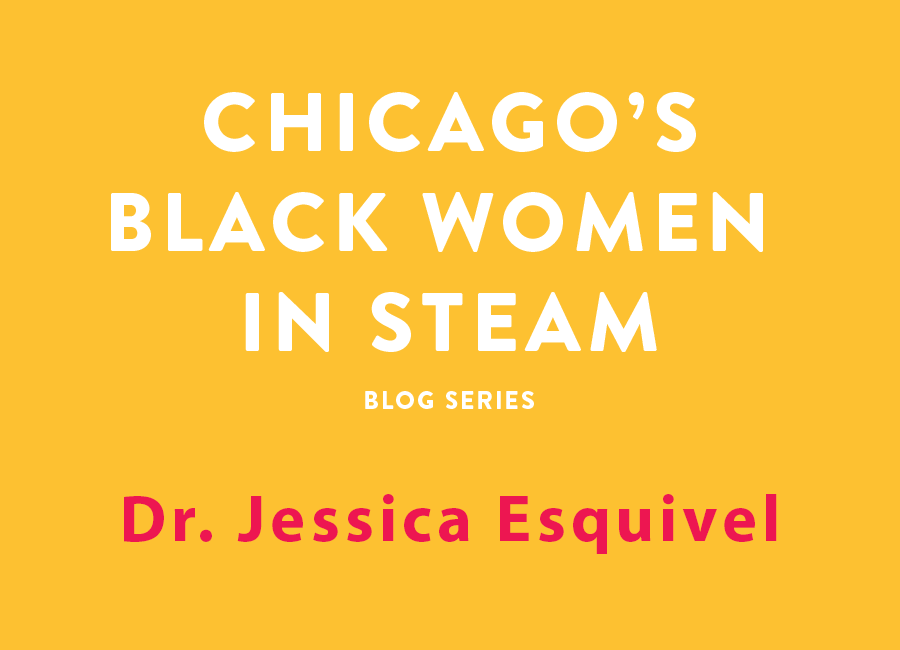 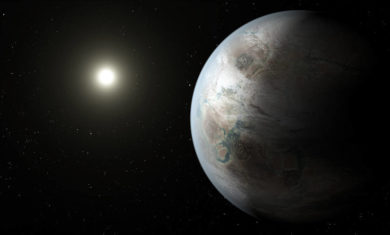 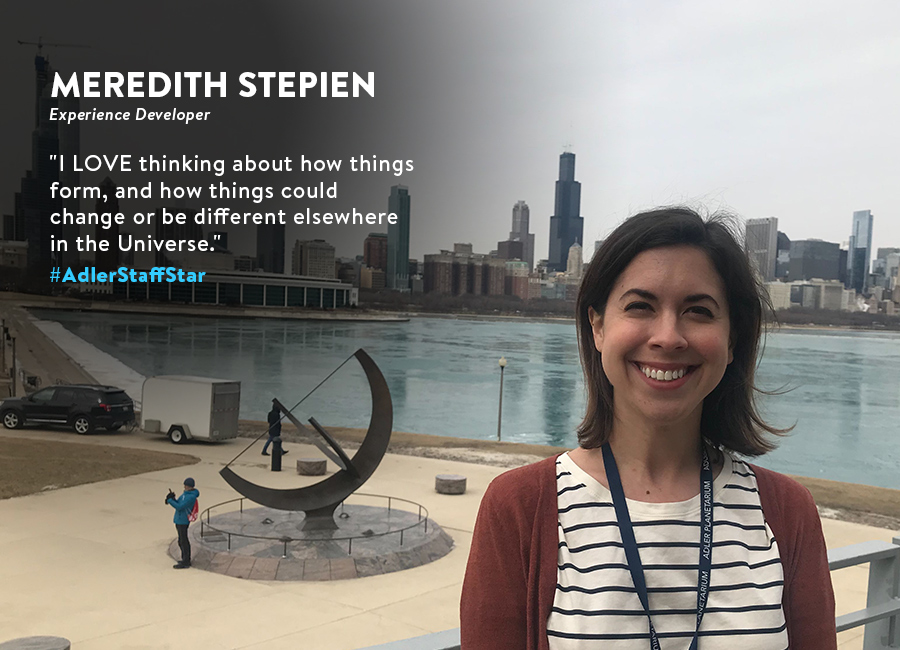