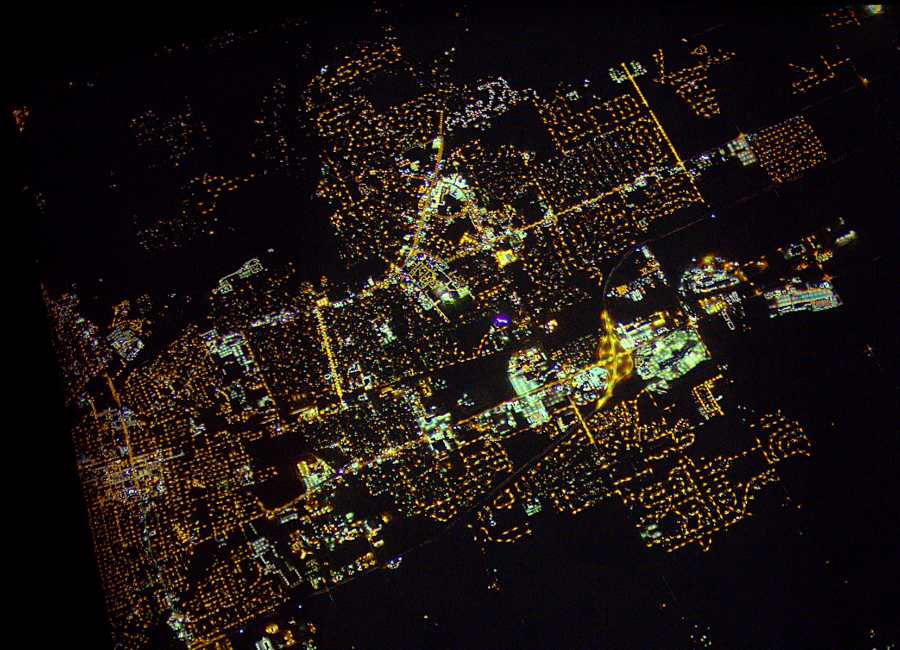 Header Photo: Overhead image of Kankakee/Bradley, IL from Far Horizons high-altitude balloon test flight 118 on April 29, 2018. The image was shot from 24.5 kilometers up into the stratosphere. This flight was the first successful NiteLite test flight, proving that mapping light pollution in Chicago would be a possibility.

Since the dawn of humanity, and all the eternity preceding, life on Earth has ebbed and flowed with a natural cycle of day and night. This rhythm is instilled in our biology. A mere 140 years ago the first electric street light illuminated a Parisian street. Our night has never been the same. In just a little more than a century, the night has become a pale version of the day for most of us. But the living systems on Earth—ourselves included—do not adapt so rapidly. What is the impact of such a radical change to our world?

We cannot understand a thing until we observe it, record it, and watch it over time. Until then, we are only taking a stab in the dark. You may have seen an image of the Earth at night dubbed “The Black Marble.” This global map of the light emitted by humanity at night was created in 2012 with data from a satellite orbiting the Earth. This was the first time we’ve been able to begin to put the impact of artificial light at night (ALAN) into context. Believe it or not, of all the thousands of satellites that are and have ever observed our Earth, this was the first to do it at night. Our scientific understanding of light pollution is less than a generation old. We’ve only now just begun to discover the impacts illuminating our nights has on us and our world.

Armed with this new data, we are now beginning to know the impacts of ALAN on our health, the health of the Earth’s ecosystems, the environment, and our capacity to gaze up and be an eyewitness to the Universe.

We launched Mission NiteLite (Night Imaging of Terrestrial Environments) to forward our understanding of light pollution and help make a difference. It involves a range of technologies designed at the Adler Planetarium to achieve our science and mission goals. The Adler’s Far Horizons program has built teams of students, volunteers, and scientists to work together in hands-on exploration and research.

Mission NiteLite is made up of three teams: NITELite, Ground Observation Network (GONet), and Youth Organizing for Lights Out (YOLO).

For over 12 years, Far Horizons has launched student experiments to the edge of space onboard high-altitude balloons (HABs). Now, we’re attempting a world’s first: mapping light pollution from the stratosphere!

Teens, volunteers, and scientists involved in the NITELite program are taking to the skies! They intend to image every streetlight in Chicago from 20 miles up. From this unique vantage point, taking thousands of images, we can weave together a map of the entire city of Chicago at night at a resolution good enough to distinguish every streetlight in the city.

The city of Chicago is in the midst of the nation’s largest transition from old, inefficient high-pressure sodium street lights (the ones that give Chicago night skies that familiar orange glow) to modern LEDs. Over 250,000 lights are being replaced. How will this affect our night sky? We don’t yet know. That is why we’re doing the science. After two years of testing, flying, and building, we’re launching our first NITELite Chicago mission this May. More missions are planned on a regular basis to capture the evolution of Chicago’s night as those quarter million lights are replaced.

Wonderful things are created when students and scientists put their heads together! GONet was born from the Adler’s Stratonauts program, a teen-focused, curiosity-driven cohort of high school-aged science pioneers who participate in hands-on STEM learning and mentorship.

Participants in the program created the first student-designed and assembled GONet camera. The Raspberry Pi-run, all-sky camera will be one of many to make up the Ground Observation Network (GONet).

The GONet project aims to monitor the effect of Chicago’s light pollution from the ground with an array of these GONet cameras looking up and capturing the entire sky in one image.

The dataset that will be created from high-resolution maps taken from NITELite HABs and the robust network of GONet cameras imaging the night sky from below will be a scientific first in light pollution mapping. The coordinated efforts between the two will create a deeper understanding of light pollution in our community and gather a greater data set to be used in the fight to change it.

Youth Organizing for Lights Out (YOLO)

Students from Little Village in Chicago run a group called Youth Organizing for Lights Out (YOLO) in partnership with the Adler’s teen programs. Their goal is to educate themselves on the issue of light pollution so they can educate others. Teens involved in the program become environmental activists in their community and are committed to teaching the next generation so they too can be empowered.

YOLO teens learn to collect and analyze sky brightness data using a luminance measurement device called a Sky Quality Meters (SQMs) and utilize a smartphone app—Loss of the Night (LON)—that allows citizen scientists to be a part of a worldwide project. 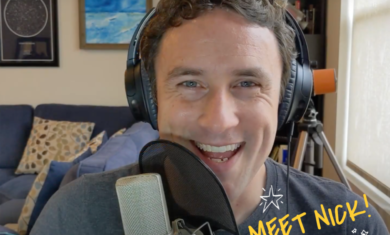 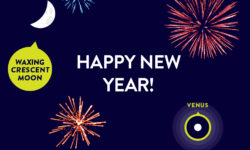 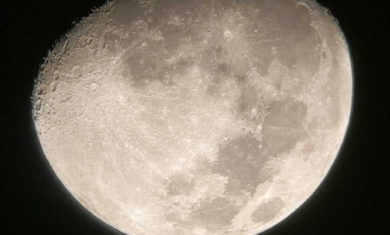