Home » Blog »Behind The Scenes With The Host Of Skywatch Wednesday 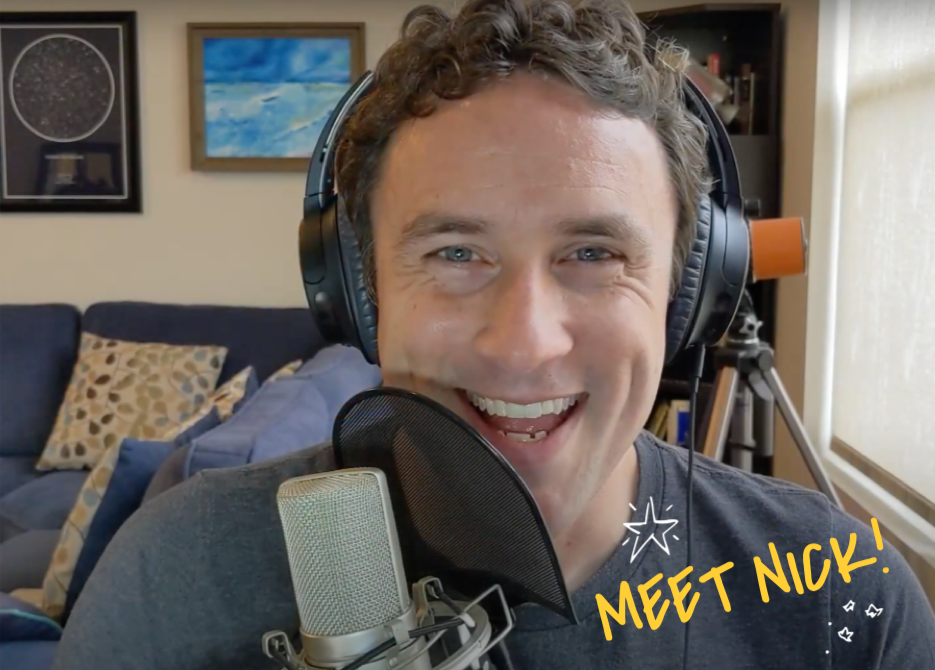 Skywatch Wednesday, previously known as Skywatch Weekly, is a YouTube video series that encourages viewers to get to know their night sky. On Wednesdays, tour the night sky with the Adler Planetarium’s Theaters Manager Nick, who uses cutting edge visualizations, NASA images, and astrophotography to show you what you can see in the night sky throughout the year. We interviewed Nick back in November 2020 about the series, and in March 2021 the name of the series was changed to Skywatch Wednesday.

Hi, Nick! Can you give us a brief introduction? How long have you been working at the Adler?

I am the Manager of Theater Experience & Presentation, so I make sure our public-facing dome presentations are engaging and inspiring. That includes writing shows, creating visuals, hiring and training our presenters, and a whole lot more. I started at Adler in 2004 as a part-time Show Operator when I was still at Northwestern getting a degree in Theater. I also have training in Astronomy, so the world of live planetarium presentation really combines two of my passions.

With the museum’s doors closed to help curtail the spread of COVID-19, how did that affect your day-to-day job?

A large percentage of my job description pre-COVID was managing our team of presenters and working on content for our two domed theaters. With the shutdown, all of that work was essentially put on hold and the focus shifted to connecting with audiences virtually.

What inspired you to start Skywatch Wednesday?

In the craziness of late March 2020, I needed something to focus on and wanted to find a way to inspire people to look up at the sky no matter where they were. I asked the question: What can I do right now with the tools I have at home to make that happen? My work laptop had an installation of the planetarium software we use in the domes. I knew there was a way to change the output from a dome to a flat screen and with some help from the folks at Evans & Sutherland I was able to get it to work. I had a voiceover audio setup already and I had some experience in video editing, so I just put together a rough proof-of-concept video and sent it to the marketing team and said, “Hey, do you think this would work?”

Can you tell us about your process and how you pick topics?

I try to plan topics out a couple of months in advance and I rely heavily on Sky & Telescope magazine as well as various websites and apps to try to figure out what will be going on that’s interesting in the sky. Often the topic presents itself, like the Perseid meteor shower or the Mars opposition. There are also broader topics like the Messier catalog or ISS passes that can be done essentially anytime. I keep these on tap for weeks where there isn’t a whole lot of excitement. I write a rough script, storyboard the visuals I want, capture visuals from the planetarium software, check with our Collections team to see what visuals I can use from the Adler collection, record video and audio of me talking, and then edit it all together.

What is your favorite part of hosting Skywatch Wednesday?

I like having the chance to talk to an audience about something I am passionate about. That’s something that performers and communicators of all stripes are yearning to do during this time. It isn’t live and it isn’t in person, but it’s almost like the real thing. Getting to share something that is so cool and inspiring that I want everyone to know about is something I took for granted before March 2020. I’m glad I can continue to do it in a slightly different way.

Is there an episode that you’re particularly proud of or really loved working on? Why?

I am really proud of the episode about Comet NEOWISE on July 15, 2020. It was a bit of a scramble to put together on short notice. Comets are notoriously unpredictable and it wasn’t clear that it would survive its closest approach to the Sun on July 3rd, 2020. As reports started to come in that it was a beautiful pre-dawn object and might remain bright enough to see in the evening, I decided to switch up the content for that week and talk about it for the first half of the show. I got up early, grabbed some pre-dawn pictures of it over the Chicago skyline, incorporated an awesome Adler-produced graphic showing its upcoming evening position and put it all together for the show.

Recently, during the Adler’s 2020 gala, you got to interview NASA astronaut Captain James A. Lovell, Jr. during a special Skywatch Wednesday segment. What was that like?

Captain Lovell is such a friendly guy and so anytime I get to talk with him it is a pleasure. I have also interviewed him for a podcast episode several years ago and got to do some Q+A with him at the premiere of Adler’s latest show, Imagine the Moon. I almost have to pinch myself every time that I am getting to talk to this legend, but he is so approachable and has such a love for Adler that I never feel nervous about it.

What are some topics you’re looking forward to sharing with audiences during the winter in 2020?

When we started the show in April the Winter sky was on the way out, so I haven’t gotten to talk in-depth about Orion and the bright star Sirius. The other winter constellations are fun to talk about, too. A really big culmination is in late December when Saturn and Jupiter appear really close together in the evening sky. And in February there will be three spacecraft arriving at Mars, so I’ll be talking a bit about that. I also hope to finally get to an explanation of the speed of light and how far away things really are in the night sky.

Fans are wondering: Will Cassiopeia, your pet cat, continue to make cameos? How do we get to see more of her?

That was such a fun surprise when I reviewed the video and saw her on the couch! She is usually in her cat tree which is directly behind my head, so in some videos you can see her ears sticking up above my headphones. I’ll have to give her a close-up one of these days!

Outside of your work at the Adler, what are some of your favorite hobbies or pastimes?

I am a big opera fan and during normal times can often be found at the Lyric Opera. I love it all and I don’t shy away from very long operas. My favorite is probably Wagner’s Parsifal. I am also an avid amateur astronomer and astrophotographer and I am always looking for ways to capture objects in the sky, even from light-polluted areas. So yes, even after a full day of work I often go out for a couple of hours at night to look up if it’s clear.

And finally, for those who haven’t watched before, how do we tune in to watch Skywatch Wednesday?

Skywatch Wednesday is hosted on the Adler’s YouTube channel. New episodes are released on Wednesdays.

This blog was published in November 2020 and updated in July 2021 to reflect the name change of the series from Skywatch Weekly to Skywatch Wednesday. 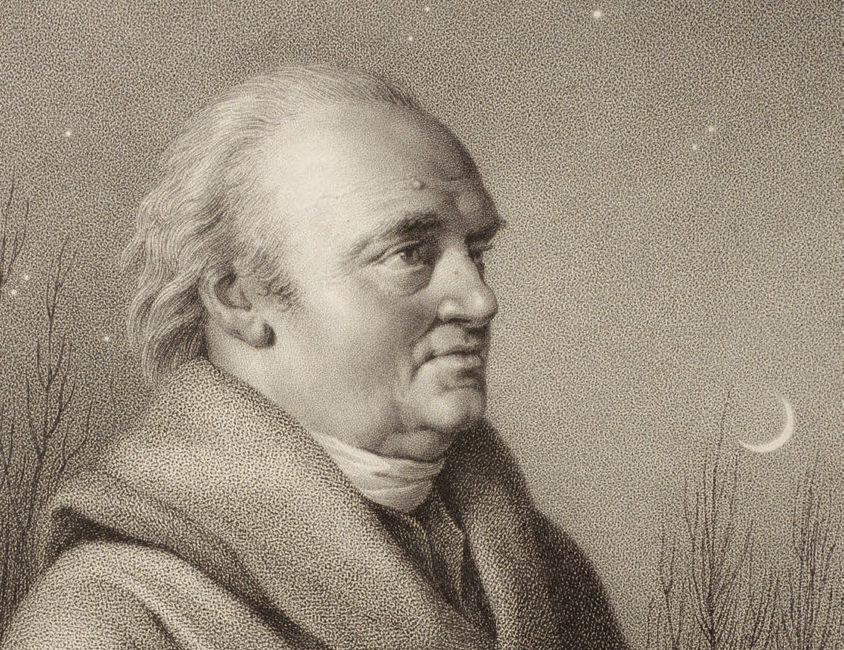 How Many People Does it Take to Discover a Planet? 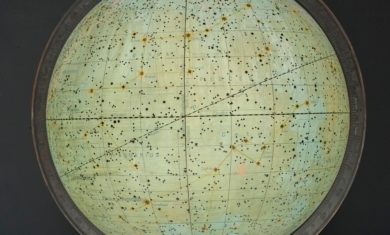 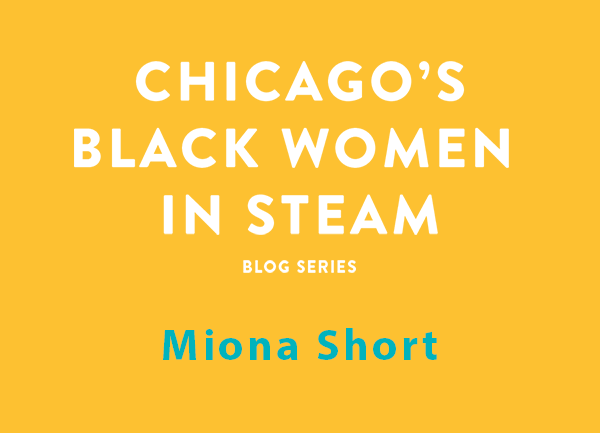